I was at a baby’s Baptism this past week-end. I watched the pastor light a baptism candle from a large, beautifully adorned candle situated on a lovely and robust candle stand beside the baptismal font. As this newly lit candle was given to the baby’s parents, I was reminded of the wonderful symbolism of this action. Perhaps you too have noticed the large and beautiful candle, called the Paschal (pass’-kul) candle, in your church and wondered about its significance.

This Paschal candle is one of the most sacred and enduring elements in Christianity. Made of beeswax to represent the purity of Christ, the candle’s wick signifies Christ’s humanity, and the flame His Divine Nature. It is adorned with one or more Christian symbols, often the cross to represent His redemptive sacrifice; the first and last letters of the Greek alphabet - Alpha and Omega – to signify that He is the beginning and the end; symbols of wheat and grapes, or a chalice and host, for the Eucharist - the true presence of Christ and our spiritual strength; the 12 Apostles – witnesses and scribes to the passion, death, resurrection and ascension of Christ; and other symbols such as the Good Shepherd, the Lamb, the Sacred Heart, and the Risen Christ.

The Paschal candle is a rich symbol of our faith. It reaches its pinnacle at Easter. Each year during the Easter Vigil service on Holy Saturday night, a fire is kindled in a metal bowl, called a  brazier (bray’-zhur). From the brazier comes a “new” and blessed fire that lights the Paschal candle which is carried in procession into the dark church. The “new” fire serves as an image of the Resurrection. The candle, which represents Christ himself, is placed on a special Paschal candle stand near the altar. Five grains of incense are inserted into the candle to recall the aromatic spices that were used to prepare Christ’s body for the tomb, and the wounds in His hands, feet and side, which remained after His resurrection. 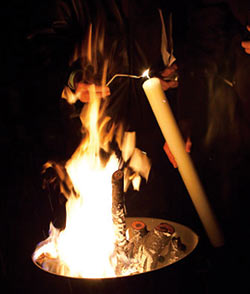 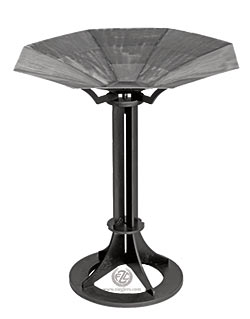 The Paschal candle remains in the Sanctuary on its special candle stand during the full 50 days of the Easter season, and is lit for liturgical services during that time. After Pentecost the candle will be placed next to the baptismal font. The candle is lit during all baptisms throughout the year, passing the light of Christ to each person baptized, starting with the Catechumens at the Easter Vigil service. The candle may also be used at funeral services, and placed next to the casket during a funeral Mass. At funeral services it is a reminder that the sacrament of Baptism is itself a death and resurrection in Christ, and testifies to Christian certainty in the resurrection of the dead and life with Christ in the world to come. 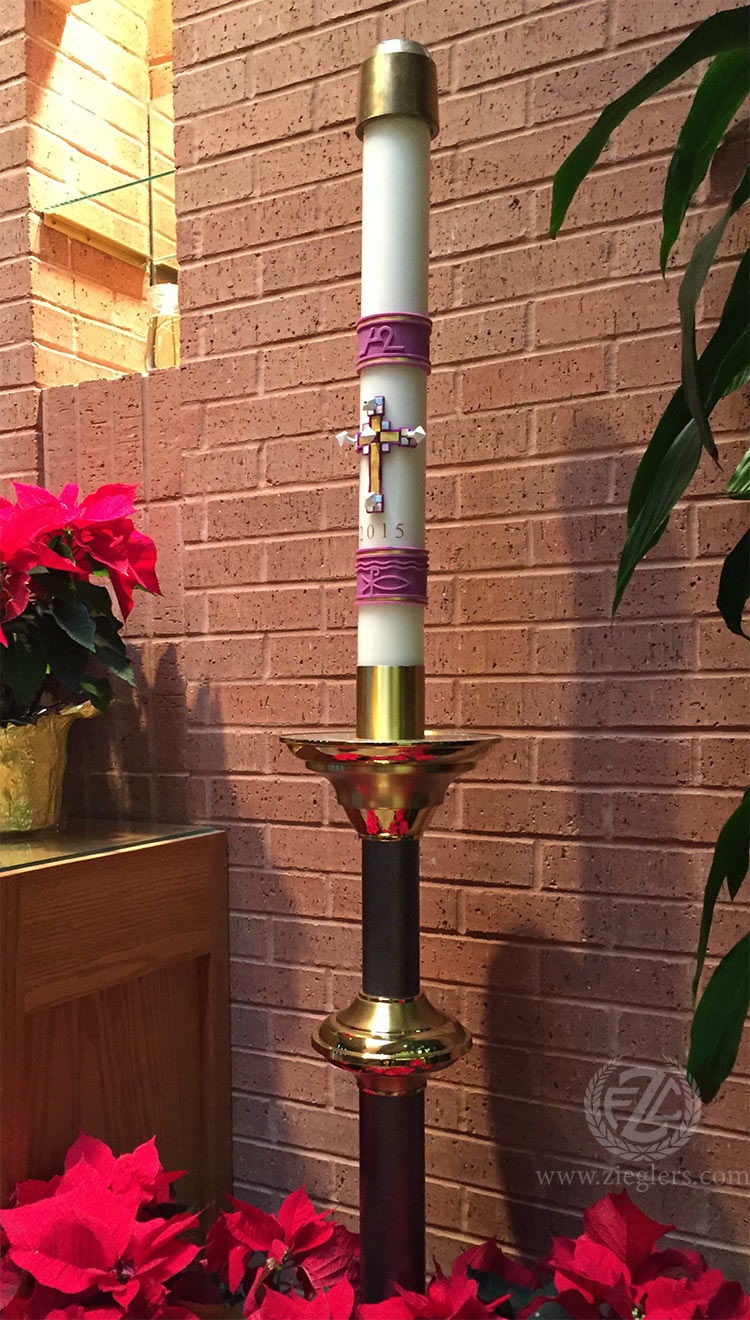 This candle, also called the Easter Candle, originated in the earliest days of Christianity, when evening prayer began with the lighting of a candle. This practice was probably inspired by the Jewish custom of lighting a lamp at the conclusion of the Sabbath. Historical references mention the Lucernarium, the evening prayer rite with which the early Christians began each Sunday vigil. The lighting of the candle dispelled the darkness and represented Christ – the Light of the World.

This solemn rite was carried out with even greater reverence during the Easter Vigil. In the time of Constantine we are told by the historian Eusebius that the emperor "transformed the night of the sacred Easter Vigil into the brilliancy of day, by lighting throughout the whole city pillars of wax, so that this mystic vigil was rendered brighter than the brightest daylight.”

In Italian basilicas the paschal candle stand was made of marble and designed as a permanent attachment to the ambo. Several of these candle stands still survive, as in the Basilica of San Lorenzo fuori le Mura (Saint Lawrence outside the Walls) in Rome, which was built in the 3rd century.

By the second half of the 4th century, a hymn in praise of the candle and the Easter mystery was sung, as referenced by Saint Jerome in 384 AD. Saints Ambrose and Augustine are known to have composed these hymns of praise. 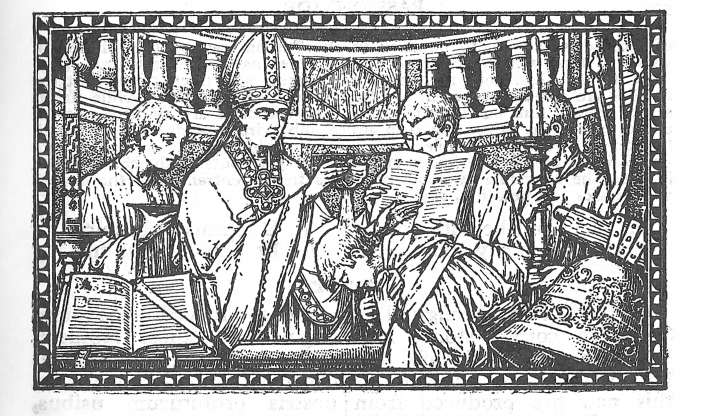 The precise use of the Paschal candle has varied over the centuries. Initially it was broken up after the Easter Vigil and fragments were given to the faithful, but from the 10th century onward it was kept in a place of honor near the Gospel until the Feast of the Ascension, 40 days after Easter. By the 12th century, it was common to inscribe the candle with the current year. Over time the candle grew in size to merit the description of “pillar”. By the mid-sixteenth century, some Paschal candles weighed as much as three hundred pounds, and, after use, were melted into tapers to use at the funerals of the poor.

The word "paschal" is the equivalent of the Greek paschs, derived from the Aramaic pasḥā and Hebrew pesaḥ, meaning the passing over. In the Old Testament it refers to the night the Israelites left Egypt for the Promised Land, when God struck the houses of the Egyptians but left the Israelites untouched, thus “ passing over” or sparing them.

With Christianity the word “paschal” took on a new meaning, referring to Our Lord’s passion, death, resurrection, and glorification. These events stand at the center of our faith. God's saving plan for us was accomplished by the redemptive suffering and death of Jesus. His resurrection and glorification are our assurances of eternal life - if we follow His words and His way.

When you next see the Paschal candle in your church, may you too think of its long and sacred past, the death and resurrection of Our Lord which it represents, and the faith, hope and eternal life it means for all of us!

Be sure to see our offering of the highest quality Paschal Candles made in the world! Shop now!